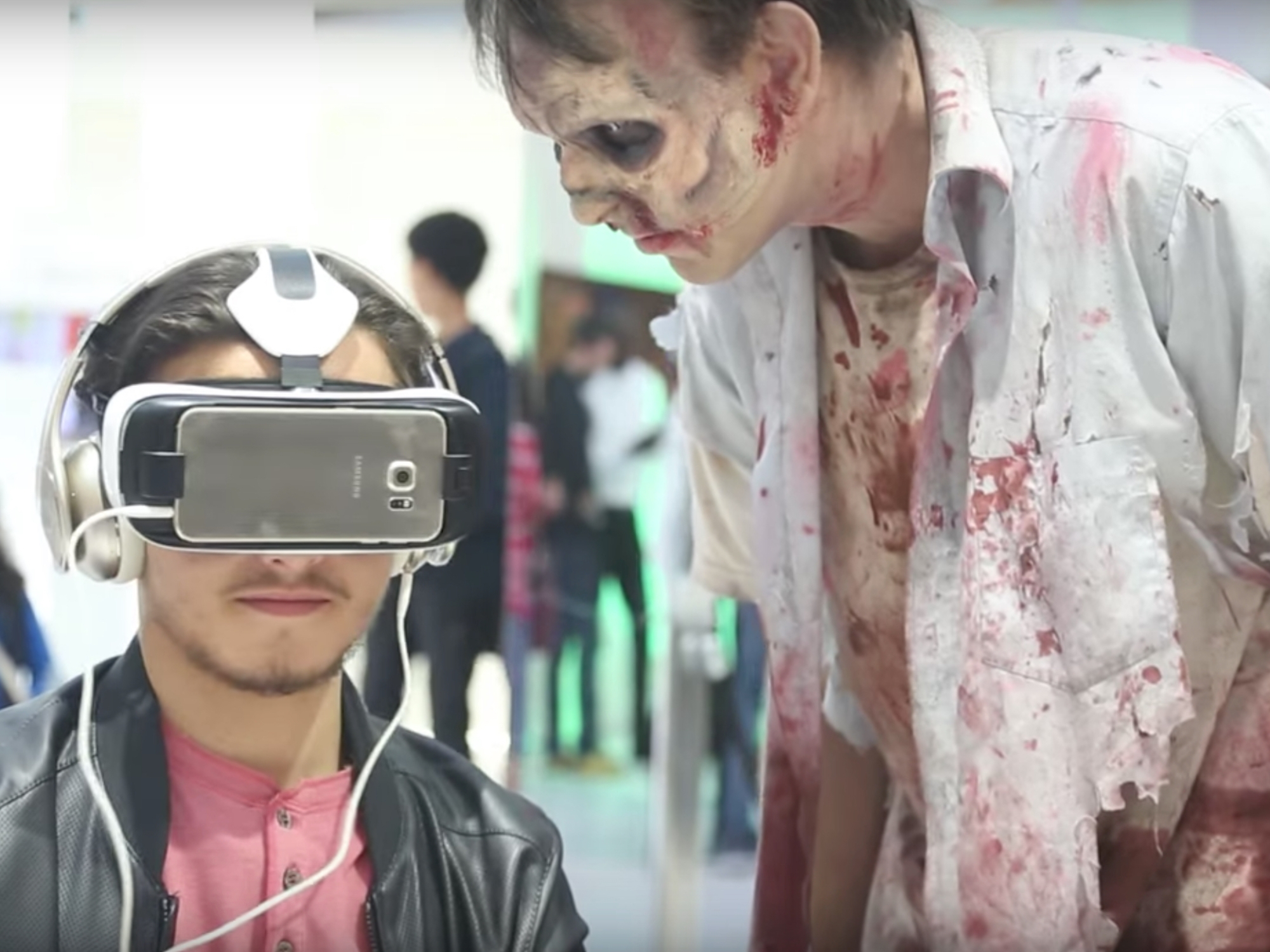 Campaign: Halloween VR prank’s reaction video, to promote Samsungs’ ecosystem of mobile VR devices. This is a hidden camera reactions video of some brave souls as they test out their nerves watching a Zombie Attack 360º video on the Gear VR. When they thought it was safe and took off the headset there was another surprise in store!